The jury of the Alba Rosa Viëtor Composition Competition 2018 has selected the following five works that will be premiered on December 2nd, 2018 in The Concertgebouw Amsterdam, during the Alba Rosa Viva! Festival:
• Mario Oyanadel Guiñez (Chili,1990) with The only lifeline
• Patrick Friel (UK,1989) with Under vast arrays of stars
• Ramin Amin Tafreshi (Iran,1992) with It’s the Voice that shall Remain
• Riccardo Perugini (Italy,1996) with Plastic flower
• Sílvia Lanao Aregay, winner, (Spain,1995) with Empordà

Mario Alfredo Oyanadel Guiñez is an emergent composer with a bachelor’s degree on Composition from the University of Chile. He studied with the composers Andres Maupoint, Edgardo Canton and Jorge Pepi.
His music has been awarded and performed on several occasions, his orchestral piece “Acuarelas” won the first contest for symphonic ensemble held by the University of Chile in the orchestral category. He also received third place for his work “Noche” in the “Carlos Riesco 2016” composition contest and his orchestra piece “Ecos y Resonancias ” was awarded with the first place in the “XIII Concurso de Composición Musical Luis Advis 2017”. He also participated as one of the finalist in the “Banuae international music composition competition 2018” that took place in the Philippines for his piece “The Harvest of the Rice” and was also selected as one of the finalist for the “Thailand international composition festival 2018” participating in the final concert with his work “Crystal Mosaic”.
He is also a  freelance visual artist who has worked as an illustrator for the release of books in the editorial “Mago Editores”, and for this reason he has showed an interest in the interdisciplinary arts, and is currently developing works in this area. He is a member of the national association of composers of Chile. 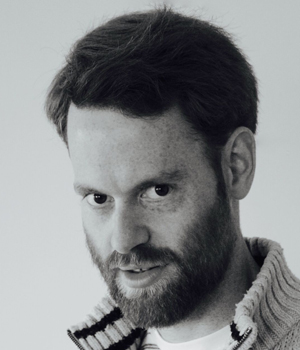 Patrick was born in 1989 and is currently based in London. He was British composer representative at the 2016 ISCM World Music Days, Tongyeong, South Korea and his soundtrack for the film Psalm 73 was nominated for the Taipei Film Award for Best Animation and screened at the Hiroshima International Animation Festival in 2016.

Over the past year his compositions have been performed at the Aldeburgh Festival, Darmstadt Summer Course, Saint Petersburg Conservatory, Boston Conservatory, Stony Brook University, Hochschule Luzern, “Unerhörte Musik” concert series in Berlin, and the Florilège Vocal de Tours, in which he was awarded the Prize for New Music for Summons, his work for a cappella chorus. He also participated in the Britten-Pears Contemporary Composition Course with Oliver Knussen, Colin Matthews and Michael Gandolfi, and has benefited from the mentorship of Alberto Posadas, Dieter Ammann, Helena Tulve, and Alexander Knaifel.

Patrick is currently studying for a PhD in Composition with Prof. Philip Grange at The University of Manchester. 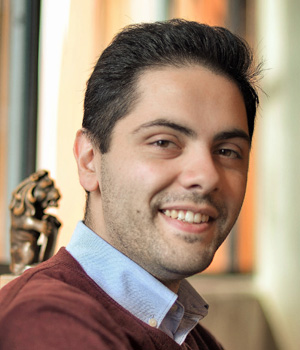 Ramin Amin Tafreshi (1992) is an Iranian composer and Pianist, currently studying classical music composition in Conservatorium van Amsterdam with Willem Jeths and Wim Henderickx. He is a composer mainly interested in instrumental and vocal music. Furthermore, he is exploring different ways to combine literature, film, theatre and dance in his music.

At the age of five, he got his first piano lessons. Later, he got advanced music studies and composition lessons from “Mehran Rouhani”. After he got his bachelor degree in Solid states physics in 2015, he continue his unfinished studies in Master program of Music Composition in Tehran University of Art and got lessons from “Amin Honarmand” and “Mohammad-Reza Tafazzoli”. In 2017, he decided to continue his studies in Amsterdam where he could experience an international and multi-cultural academic atmosphere.

In addition, he was composition assistant of “Hamed Sabet” who is a well known film composer in Iran. This collaboration led him to be the composer for the movie, “Ranna’s Silence”, besides five other movies where he was assistant composer.

Riccardo Perugini was born in Montepulciano on 20 June 1996. He has been interested in piano and composition since the age of five. After completing his piano studies with Maestro Rita Cucè, he debuted as a solo pianist with the Orchestra Giovanile Aretina at the age of sixteen, performing the piano concertos KV 414 and KV 466 by W. A. Mozart.
Since 2015 Riccardo studies composition with Maestro Andrea Portera at the Scuola di Musica di Fiesole, is also studying with Maestro Girolamo Deraco in Lucca and has been chosen to follow the composition Masterclass in Montepulciano with Maestro Mauro Montalbetti.

He has received several commissions. For the occasion of the concert organized by UNESCO in Arezzo in 2015 he composed: “Lamplight Serenata” for soprano, female choir, two harmonicas, viola and MIDI keyboard). He received a commission by the Art Biennial in Venice ( 2016: “Il Vascello Fantsma”, music for children), a commission by the Maggio Musicale Fiorentino ( orchestral musical arrangement of the opera “Le vent du soir” by Jacques Offenbach) and two commissions by the Orchestra da Camera Fiorentina (“Voluptas” and “Sifr” for string orchestra). He is currently working on two commissions: the first by the Cantiere Internazionale d’Arte in Montepulciano (for voice, prepared piano and vibraphone) and the second by commission by the Filarmonica Arturo Toscanini (for voice and orchestra). Sílvia Lanao Aregay (1995, Girona, Spain) started her interest and passion for music at a very young age. Being unable to choose one instrument she started playing piano, violin and bassoon at a small music school outside the city. Later on she moved to Girona to continue further with the piano studies.

Composition was a natural result of her musical practice and soon would become the main motivation in her career. While playing piano she would often deviate from studying the assigned pieces and instead she would start improvising and writing musical ideas. In 2014 she started studying composition in Barcelona at Liceu Conservatory. In 2016 after several enriching experiences in Barcelona she felt the need to complete her studies abroad, therefore she moved to Amsterdam where she is currently studying at the Conservatory with Wim Henderickx and Willem Jeths.

As a composer she has a strong interest on synesthesia and the relation of sound with the other senses, which often reflects on her music being focused on timbre and sound texture.